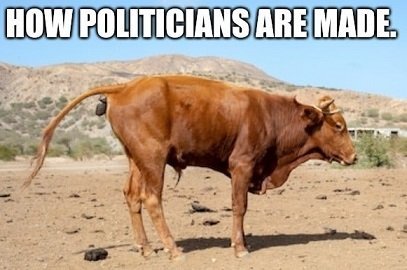 New Delhi: Already facing flak and protests against the recently approved NMC bill, it has now come to light that the government has made provisions in the bill empowering politicians to write chapter in modern allopathic and veterinary medicine books.

Taking note of the increasing interest of his peer groups in medical sciences and animal husbandry, PM Modi called for a meeting today with all Cow Ministers to admire the medicinal properties of cow milk and urine.

In an exclusive interview with the Quackdoses, Modi said, “I agree with the vision of our learned ministers that cows are the only animal which can exhale oxygen and massaging them can cure breathing problems. The government will install cow sheds in close proximity to hospitals as it can cure tuberculosis. Water from Garud Ganga will also be distributed to pregnant women in wards to avoid unnecessary cesarean deliveries. Also, Rs. 100 crore will also be allocated to look for the legendary Sanjivani Booti.”

When our ‘gupt sutra’ Deepak Kumar enquired about any updates on contraception, PM’s close aide and home minister Amit Shah suggested that the best way to curb India’s population growth is to provide electricity to Indian villages so that couples spend their time watching TV till late in the night instead of procreating (when there is no electricity, there is nothing else to do but produce babies), a claim rubbished by medical experts.

Meanwhile, ousted Karnataka Chief Minister Kumaraswamy has claimed that he was the 1st victim of the NMC bill as ‘horse trading’ of Congress – JD(S) MLAs into BJP and ‘crosspathy’ were indirectly the same.