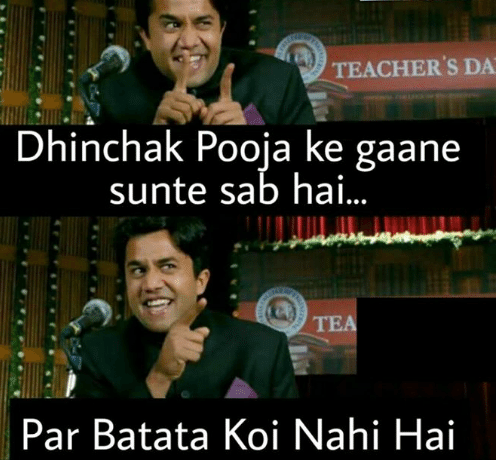 Mumbai: In a jaw dropping study conducted at the Quackdoses Multispeciality Hospital, it was found that Dhinchak Pooja songs have become the number 1 risk factor for hearing loss in the world. In less than 4 years since the release of her 1st song ‘Swag wali Topi’ in 2016, her songs have caused impaired hearing in more than 10 million people across the globe.

Experts have claimed that noise from her songs causes inflammation of the ear drum leading to build up of fluid or pus behind it, which blocks the transmission of sound causing a conducting hearing loss. It has been suggested that her songs can also directly cause damage to the inner ear or the auditory nerve.

Speaking at the UNESCO headquarters in France yesterday, Prime Minister Modi has assured that though it will be tough for India to stop her all alone, his government is trying hard to stop her release any songs in future. He also threatened to wipe Pakistan out by sending Dhinchak Pooja with a mic and speaker at the Indo-Pak border if Pakistan threatens India with nuclear weapons over the ongoing Kashmir dispute.

Unconfirmed reports have claimed that the CBI is using 3rd degree torture on P Chitambaram, currently in custody in connection with INX Media money laundering case, by making him listen to Dhinchak Pooja songs on full blast in a closed room.

She, however, declined to comment on the study results and scared away our reporter with live performance of her latest ‘Nach ke Pagal’ song.