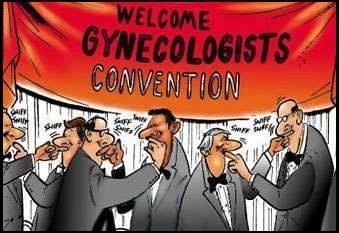 Mumbai: In a major embarrassment for the entire medical fraternity which highlighted the cheap mentality of most doctors, a group of 5 senior physicians created ruckus at a CME about ‘Fartfree’ – the new drug that treats flatulence held at LTMGH yesterday. They shouted slogans against the organizing LTMGH staff and the pharmaceutical company, Saboo pharmaceuticals over inadequate food quantity and the absence of alcohol in the menu.

It is a well known fact that doctors are the biggest smokers, alcoholics and also that 80% of medicos attend CMEs (Continuing Medical Education) not to gain knowledge but only for the gala food, beverages, deserts and drinks served during the CMEs. A few doctors also prearrange to have a ‘good time’ when they travel to another city for a 2-3 day trip without their wife and children. Many CME attendances depend on how good looking the pharma sales reps are at these events. Deepak Kumar Singh who is a known ladies’ man wholeheartedly agrees with this.

Our samwadata Arun Swaminathan spoke to Dr. Faltu Lafdewala, who headed the heated arguments. “We paid Rs.1500 for the registration, many doctors came from far off cities and what we see after the early morning session is that we were made to stand in a queue behind most LTMGH interns and RMOs who did not even attend the CME or pay the registration fees. Most of them, who did not even include good looking women were from the Ortho and Surgery departments, looking at their grown beards and pervert looks. By the time our turn came, the ‘Gulab Jamuns’ were over , we had to fight to get the syrup from the container in which they were stored, there was no alcohol and also only the melted ice cream remained. Is this what we deserve after paying so much?”, he asked angrily. When Arun replied that they should consider themselves lucky to at least have got the Gulab Jamun Sweet Syrup (Chashni) unlike the last CME where interns & RMO finished that off too and delegates did not even get that, he got some dirty looks.

LTMGH dean Dr. Sangam Jholar refused to comment on the issue. He apologized for sending Surgery and Ortho residents as fillers this year and guaranteed the attendance of good looking female residents from Dermatology and Gynecology departments next time. He also promised that band ignition would be invited to perform during the lunch break so that there would be good entertainment and would request Mohit Garg to be  busy performing and not eating, depriving poor visiting doctors of their food.

A report has meanwhile been sent to Maharashtra Medical Council which has refused to grant 2 credit points for the conference to the 5 culprit doctors.