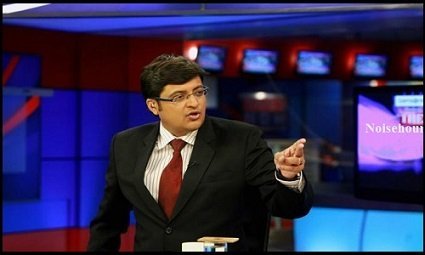 Mumbai: In a discovery that might change wo-mankind forever, doctors at The QuackDoc Multi-specialty Hospital & Research Institute have found a new modality of treatment for men who can’t talk, argue with or back answer to their demanding wives / girlfriends.

In a path breaking research conducted over the last 5 years, doctors found that stem cells transplanted from the vocal cords of India’s legendary vocalist Arnab Goswami, known for mocking, shouting and humiliating the participants on his earlier show ‘The Noisehour’ and deafen an entire nation, showed promise during clinical trials conducted on mice.

“The discovery of this novel modality of treatment challenges long-held scientific beliefs and holds great hope for treating an array of menacing wives and girlfriends. Any report of a perennially scared husband / boyfriend shouting back on his alpha-female better half is auspicious, but what most excites me about this research is the tantalizing prospect that this discovery is just the tip of the iceberg… It may be that we will find more, perhaps many more, hidden Arnabs using this latest technique. ,” said Professor Deepak Kumar Singh from The QuackDoc Research Institue.

In studies published in the journal ‘Fattu’, doctors claimed that the discovery, the first in 1000s of years (Only currently available treatment is alcohol) – showed that men after successful transplant to their vocal cords will be able to quieten cranky women, even without getting ‘talli’ and speaking their hearts out.

The World Health Organization warned last year that a post-alcohol era, where most men would not dare open their mouth even during routine discussion, could come this century unless something drastic is done.

Doctors not involved in the work welcomed the finding, but cautioned that human trials of Arnab’s vocal cord stem cells hold the key. Dr Singh hopes to start human testing in around two years, and claims that we are not far away from the day most scared men are found shouting back, “The hubby wants to know…”