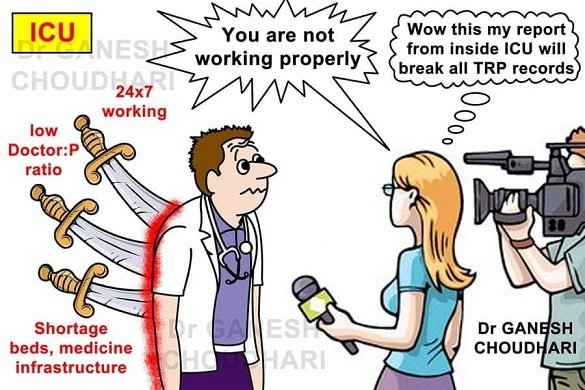 Mumbai: A day after calling Aditya Thackrey “the Rahul Gandhi of Shiv Sena”, it has been reported that news anchor Anjana Om Kashyap suffered from a spontaneous rectal tear when the editor of the show pointed out that her statements had been aired live on television. She was immediately rushed to the Quackdoses multi specialty hospital where she underwent an emergency surgery and is currently said to be in a stable condition.

Kashyap, a failed medical aspirant herself, had earlier too faced flak in June for entering the ICU at a government hospital in Muzaffarpur and shouting at doctors attending to the sick children suffering from AES (Acute Encephalitis Syndrome), demanding to take their byte. No sooner she entered the ICU with a camera and mic, her journalism went on ventilator and could not be resuscitated.

In an exclusive interview with the Quackdoses, her operating surgeon on conditions on anonymity said, “Anjana suffered a grade 4 rectal tear. It is a common condition seen in journalists and is thought to be a long term side effect of cheap publicity by talking shit for excreting TRPs. The disease usually manifests itself and becomes symptomatic when they end up putting their foot in the mouth by speaking against powerful politicians or celebrities. The Shiv Sena workers had threatened to barge into the hospital and turn off her epidural infusion after which she issued an apology on twitter.”

Unconfirmed sources have claimed that impressed by her idea, Rahul Gandhi is contemplating deflecting to Shiv Sena from the Congress to start afresh as a youth icon and make “Rahul Gandhi of Shiv Sena” a reality before the upcoming Maharashtra elections. 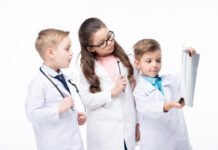