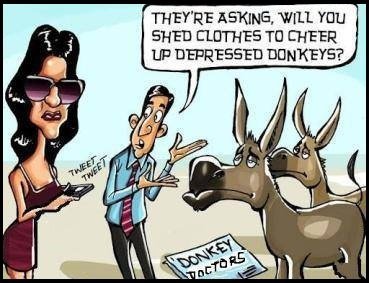 Mumbai: Two Weeks after The QuackDoc reported about Doctors protesting 1 year increase in length of MBBS course and demanding longer course, medical undergraduates have found ‘support’ and solace in the bosom of Poonam Pandey, a former Kingfisher calendar girl.

Miss Pandey who was present during the convocation ceremony at LTMMC recently has publicly accepted the brand ambassadorship of the ‘Increase course duration movement- Long, Longer , Longest’ since it rhymed well with her seminude bathing videos called Bold, Bolder, Boldest. In her 1st rare public appearance, the beauty who has not been posing nude even 4 years after promised vowed to shed all her clothes the day MBBS courses are made of 8 years duration.

Dr. Ketan Desai, the non corrupt President of  Medical Council of India and a self proclaimed Poonam Pandey fan said, “I waited for her videos all these months. But she always tweeted pictures which fell short of my fantasy target by few meters of clothes. It was very disappointing. We now hope to increase the length of the course to 8 years as soon as possible and pray she keeps her promise for this noble cause. After all doctors are human too.”

The LTMMC student council has already written a thanksgiving letter to the model after she filled the geeky doctors with the hope of having fireworks in the next college festival, Ashwamedh 2016. “We will all dance naked on stage if she keeps her words,” said Dr. Pranshul Kamdar, an intern who failed 1 entire semester waiting for Poonam Pandey to strip after India won the World Cup in 2011. “Unlike her, we will keep our words.” he added, and claimed that at least 50 other interns and final year students from LTMMC alone were ready to strip with him to celebrate Poonam’s commitment next Ashwamedh.

When The QuackDoc reminded Poonam’s manager Laloo Shukla that she had not kept her promise made before the last World Cup, Shukla clarified, “ She had been misquoted and that too out of context. She meant the Beach Volleyball World Cup, not the cricket one. She wants our Beach Volley Ball team to be number 1 in ‘ Global Exposure’ like the IIPMs.

In spite of repeated phone calls and SMSs from our Samwadatas, Poonam Pandey could not be contacted as she was busy rehearsing for her cheerleader dance and the drunken nude post match parties during the ongoing Indian Premier League.