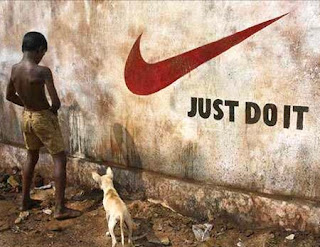 ALL CHARACTERS IN THIS ARTICLE ARE “NOT” FICTITIOUS AND BEAR SOME RESEMBLENCE TO MANY PEOPLE LIVING AND NOT DEAD. READER’S DISCRETION IS ADVISED.

I was reading the Times of India the other day and was surprised to find a headline on the front page …..”BA HAS LOST MY BAGGAGE 18 TIMES”……as I read on ,I just found out that it was about the blog post of none other than the biggest superstar in Indian cinema, Amitabh Bachan……Now I Don’t have a problem with what he writes on his blog ,after all he has all the right like I’m enjoying mine writing this…. but what baffles me is that it makes it to a news of national interest….it is published in all the newspapers and shown in news channels around, British Airways coming up with apologies ,etc….As such ,the news media has no work these days but to talk about all comedy serials (I’m fed up from all of them, every news channel has some or the other cheap comedian trying to act as if he has cracked the best jokes ever with judges laughing to show their made up smiles and stained teeth in the camera on jokes they don’t understand and give them marks….really stupid) ,about daily soaps on their sister channel , crap from bollywood and about GOD showing all signs of his existence…..PLEASE ,STOP THIS SHIT…..

Mr.Bachan has been in the news these days for his blog and for going on an “UNFORGETTABLE TOUR” with his family and some other actors…..both these things had made headlines because there were reports that Amitji was not writing on his own but had it written by someone or being paid for writing his blog…Their TOUR’S STORY is for me to tell……

One day, jaya told Amitji…. “Aeji, I think we’ve become old now , Abkishek is also finally married after having all the fun with Dipanita Sharma and Karisma Kapoor and I now want to see the world , can you take me on a world tour ?” ……Amitji replied, “ All right ,but I suppose even Abhishek and Aishwarya have no work these days so lets take them along. I will arrange for the tour.People seem to be forgetting me because of no recent hit, lets name our tour THE UNFORGETTABLE.”

Their stroll around the world is all set now, they’ve all left…..roped in a few other stars and I was left wondering the reasons for them to take this break .After scratching my head for a long time ,I could come up with only these following hypothesis :-

1)UNEMPLOYMENT – Because of Mr.Bachan not inviting all his FRIENDZ (pun intended) from bollywood for his son’s wedding, everybody seems to be angry with him. They’ve all decided to boycott the junior B and prevent him from getting some work…Who cares anyway, he has given only few hits so far….guru ,bunty aur babli,sarkar,yuva…rest all bombed…So all of them are free now and Mr.bachan thought that may be his monthly budget will get balanced again if they can earn by dancing around at few places……I think, the family members can join some EKTA KAROOR’S television soaps…they are doing great these days and money is also good…..

2)PSYCHIATRIST ADVICE – Amitji has still not recovered from the shock of his great performance in RAM GOPAL VARMA KI AAG and his psychiatrist has advised him to go for a vacation.

3)RUNNNG AWAY – He seems to be running away from all the BHUDDHAS around chasing him asking him the tricks to woo a girl of your daughter’s age…..like he did in NISHABD AND CHEENI KAM…..lucky man he….aaj kal toh langoor hi angoor kha rahe hain…

4)MNS BREAK – He has been given “TIME PLEASE” by MNS leader to prepare for the second round of debating…..seeing the opportunity, cadbury break toh banta hai….

6)SERIOUS JOB – He seems to be taking his job too seriously of promoting IIFA and bollywood around the world….what other way than to dance around and catch some attention….

7)“JUNIOREST B ” – I am sure in an year or two , a new Bachan will soon join the family. So before they see all the painful time , a nice vacation was required…..

8)SON’S TRAINING – He has already taught Abhishek to copy him while acting in the movies….poor chap has no talent of his own…..these stage shows are the other pastimes……he should be taught that also…..COPYCAT BANNA HAI TOH PURA BANO NAA….

MR.BACHAN ,I WISHED, YOU HAPPEN TO VISIT MY BLOG SOMETIME. (LIKE NAGESH KUKUNOOR ,the other day who asked me to contact him and has still been on the run…..Im still waiting for a call from you nagesh), ….all I wanted to do was remove my frustration of my exams coming up , but unfortunately you became the bakra….AND,PLEASE REMEMBER TO DRINK DABUR GLUCOSE BEFORE THE CONCERT AND ALSO GIVE TO OTHERS ….MAY BE IT’LL GIVE SOME EXTRA ENERGY TO YOUR OLD LONG LEGS…..