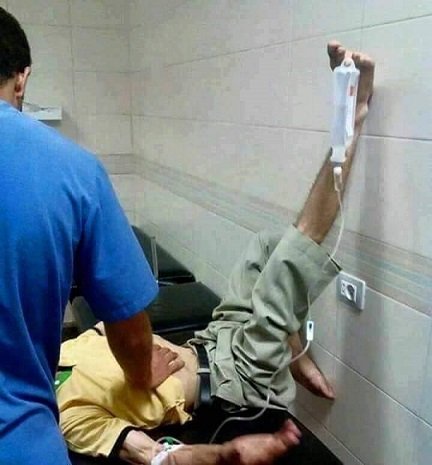 Bhopal: Barely a month after being pulled up by the BJP for her remark that she was not elected to the Parliament to clean toilets and drains, Bhopal MP Pragya Thakur created another controversy today by claiming that the Government had not been elected to improve Indian Healthcare.

Her response was to the scathing attacks led by the medical fraternity and social media regarding the crippling condition of heath care in the country due to the NMC bill, the attacks on doctors, and inequality in having pretty residents only in psychiatry and dermatology departments.

“Let me make this very clear. The Government has not been elected to improve the Indian Healthcare,” she stated in a press conference yesterday. “Next you will ask us to use ‘marak shakti (killing power) to harm the relatives who assault doctors, like how Congress was using magical spells to eliminate BJP leaders. Is that what is left for us to do?” she retorted back at the reporters who were left speechless in the wake of her remarks.

This was not the first time, though. Earlier too, at various occasions, Thakur’s caustic and apparently irresponsible remarks had caused embarrassment for the saffron party. The BJP, however, claimed she had suffered “physical and mental torture” for years in police custody that might have caused her to make such a statement.

The statement invited a sharp reaction from the Congress, which said that it was proof of the BJP’s “anti-national face”. In an exclusive interview to Quackdoses, Congress MP Shashi Tharoor criticized her remarks saying, “Such belligerent and pugnacious annotations epitomize a bellicose mental condition and are highly detrimental to the comprehensive prosperity of the civilization.” He further refused to explain his statement.

In a damage-control exercise, the BJP high command has reportedly asked Sadhvi to not become another Rahul Gandhi by speaking in public.