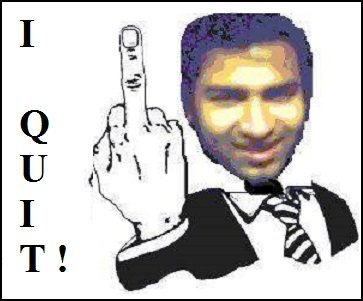 Mumbai:  In a highly dramatic event filled day, the likes of which have only been seen during final exam vivas, The QuackDoc’s head honcho and legendary newsman Dr.Mohit Garg agreed to stay on as CEO (Chief Entertainment Officer) after rejecting offers from some of the finest institutions in the world to work for them at a salary greater than what is being currently offered to him for his yeoman service at The QuackDoc.

3) Arvind Kejriwal – One of his major local offers came from our very own crusader, Kejriwal,who wished to have Mohit on his team. The government of India protested saying that when Kejriwal with fasting and dharna could change so much,  what was the need to use Mohit who could safely fast for a year at least? They greatly feared the results of a year long fast from Mohit, which while highly anticipated, would be very lethal since national food reserves would double and cause a sharp drop in food prices. They claimed that this would cause financial instability and collapse of many institutions. Mohit declined Kejriwal’s offer claiming that government stability was important for security and he could bring down the government or any other institution any time he wanted to by standing on top of their buildings.

5) Tata Group – The final offer for Mohit came from the famous Tata Group. Ratan Tata himself offered to guide Mohit in his first 2 years of employment before Mr.Tata retired to ensure a smooth transition. Mohit refused the job because Tata group served only 2 types of vada-pav in its canteens and not the 8-9 types that Mohit wanted.