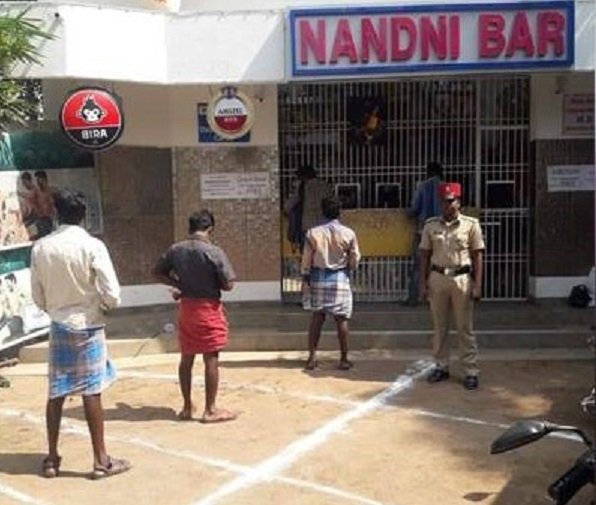 Bengaluru – A day after the Indian Medicos Association criticized the Kerala government’s move to provide alcohol on a doctor’s prescription, AYUSH practitioners have come forward to offer their services and have demanded that this rule should come into effect throughout the country.

The controversial decision had been taken by the state government after suicide reports of those who couldn’t deal with withdrawal symptoms due to the unavailability of alcohol during the 21-day countrywide lockdown starting March 25.

Ever since the COVID 19 pandemic has hit the country, doctors practicing the alternate systems of Indian medicine, who were till now claiming to be equivalent to MBBS, have been sitting idle at home. Even PM Modi in his recent interaction with the AYUSH Ministry only praised them in promoting #YogaAtHome to de-stress the mind and in spreading awareness about social distancing, rest of the news reports looked liked answers to PSM long answer questions of just beating around the bush to fill exam supplements.

In an exclusive interview with the Quackdoses, president of the AYUSH Placebo Association, Dr. Hakim said, “We disagree with the Indian Medicos Association’s argument that Alcohol is not a medicine, and that it would be unethical for any doctors to prescribe it. The government has every reason to push liquor sale, not least for its significant revenue implications, but because we have been prescribing both Dava & Daru to patients since ages. We would be happy if World Health Organization (WHO), or at least the Medicos Council of India (MCI), makes the alcohol on doctor’s prescription only rule mandatory permanently.”

The AYUSH Placebo Association has announced that they will sit at home wearing black badges on Tuesday to protest, if the government does not agree to their demand.