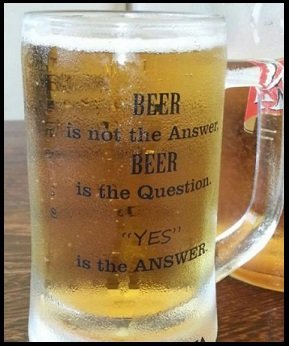 Mumbai: In a bizarre incident similar to the attack by Rahul Gandhi on the government after his return from BangCock, there was pandemonium in the Psychiatry OPD of LTMGH yesterday afternoon when newly joined members of the Alcoholic Anonymous group beat up the resident doctors for failing to provide them with the Alcohol brand of their choice.

“We all were having a gala time, doctors included, drinking the regular ‘Tharra Khamba’ and dancing to Royal Stag Mega Music when the new guy ordered the doctor for a peg of Smrinoff and to ‘Make it Large’. The innocent doctor politely told him that the stock was over for the day which angered the newly joined trio of alcoholics who started hurling the empty glass bottles along with the routine ‘ma-behn’ abuses at the doctor”, recollected Ganpat Bevdu, the oldest surviving alcoholic of the Alcoholic Anonymous group.

With the help of the CCTV footage, the police are on the hunt of the trio of doctor beaters but they are finding it extremely difficult due to the non availability of the names and address of the culprit ‘Anonymouses’.

All group activities have now been stopped temporarily as the doctors have stopped reporting to work till the guilty are punished. Few older members have been discharged from the ward on Metronidazole and alcohol prescription till the matter is resolved. The Hospital Dean Sangam has strongly condemned the attack saying, “The guilty will be shown no mercy. No one would be spared for violating the law and order of the hospital”. He has apparently ordered that henceforth, the entire stock of alcohol will be stored in his cabin till the hardworking police bring the guilty to book.

Ganpat Bevdu and others have meanwhile started a Facebook page ‘Justice for LTMGH Doctors’ which already has made headlines with 5 fans in 1 day and more are expected to ‘Like it’ soon.

For more information on the Free Alcohol and Chakna, write to