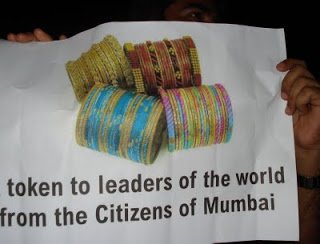 A leader is “a person who influences a group of people towards the achievement of a common goal”…..From the political point of view, our great independence struggle to was a result of the sacrifices of people who stood united led by those who deserved to be called ‘Leaders’. They were those deserving men and women who didn’t have any love for the chair or the power associated with it…it was the sheer dream to see their country free one day which kept the fire burning within them.

Well, over the years, this word ‘Leader’ has been replaced by a more meaningful word, ‘Politician’ – equivalent to a GALI now. This honorable position has now been usurped by uneducated goons, rapists, murderers and land grabbers interested only in the money associated with the post of being a leader. Politics has always caught my interest not because I have been a decent enough leader throughout, but because I was influenced a lot by my Late Nanaji….a local leader then and a close friend of Ex- Prime Minister of India, Atal Bihari Vajpeyee.

Last few days particularly, I have been very angry…I’m have a passion for driving and bike riding and I end up spending a lot on the black gold – petrol….the prices of which have shot up by 70 % in the last 2 years that the Congress has been in power. I distinctly remember filling up my petrol tank with Speed/Power petrol at Rs. 48 per liter which has now gone up to Rs. 71. The recent revision of increasing the rates by Rs. 5 per liter has made the common man including me very angry and restless. The declaration of the appraisal immediately the next day of the election seemed like a heinous act of backstabbing the general public who felt cheated after the election results were declared in the Congress’s favor….such cowards are our representatives !

To garnish the rising prices and the inflation which has never been so high in the history of this country, the Congress has been stung by high profile scams time and again in the recent past. The multi thousand crore Common wealth game scam, the 2G spectrum scam, the Adarsh Society Ghotala, the Radia tapes, etc show how deeply corruption has infected the roots of Indian politics today. Even after arresting the culprits, nothing is done to trace the hidden money which is stashed in accounts abroad. According to a recent official report – “Rs. 280 lakh crore of Indian money is deposited in Swiss banks which can be used for taxless budget for 30 years. This amount can give 60 crore jobs to all Indians. From any village to Delhi 4 lane roads. Forever free power supply to more than 500 social projects. Every citizen can get monthly Rs. 2,000 for 60 years. No need for World Bank & IMF loan”….. One thing is for sure that if found out, Mr. Sharad Pawar and Mrs. Sonia Gandhi will definitely be richer than any of the richest people on Earth.

As a result of the increase in fuel prices, there has been an increases in the commodity prices….planned rickshaw and taxi strikes to be seen in a few days now….and this will continue as a vicious cycle to throw our country into a tizzy. Its high time that the common man stood against this injustice of the government to protest for his rights of a decent life….It makes me sad to think that the educated people will never be allowed to be a part of the political system…the Times Of India’s ‘Lead India’ Campaign was a ray of hope for me then but the end result of the winners is for all of us to see…Hardly was anyone allowed to make any change to society…The Youth Congress too is nothing but a clan of bullies and local goons…what more can one expect from the political parties ?

When Manmohan Singh was being made the Prime Minister, I had some hope that for the first time will have such an educated Leader…But he has proved himself to be only a week spectator doing nothing concrete for the people of this country…..He has failed miserably to maintain law and order, control corruption, bring down the inflation being a former Finance minister himself….I have lost respect for him as a Leader…..The Congress tagline says, ‘ India Shining’…..all I can see is the glare which hurts no one but the common man…Even today I always wonder if our the government was right in spending Rs. 900 crore for Obama’s 4 day tour…it was our money..the hard earned Tax payers money…. spent just like that !

I can only conclude that India is not free yet….It was a slave to the British before who would divide and rule …..Even today, we are like slaves…who are keeping mum in spite of the brutality of the corrupt government and its failure to keep the citizens happy….It needs a Libya and Egypt like movement to show to the shameless government officials and ‘Politicians’ what truly is meant by a democracy…..its time that people raised their voice against the government…and that time is now…Jai Hind.