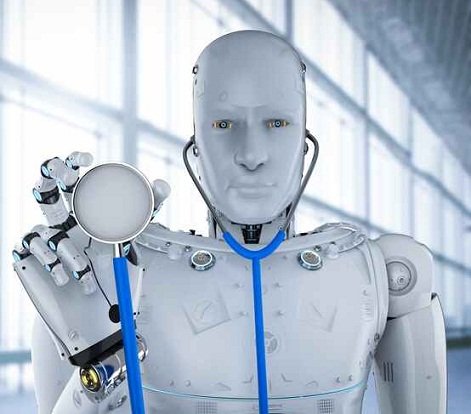 Mumbai: A wave of happiness has swept among the medical interns of the country after Tesla CEO Elon Musk announced that his electric automobile company is taking the next step in Artificial Intelligence (AI) and is all set to launch a humanoid robot prototype. Images of the upcoming robot have taken social media by storm and were widely shared on Whatsapp groups and Facebook pages by the medical fraternity.

In an exclusive interview with the Quackdoses, the billionaire entrepreneur said, “Tesla Bot has been designed for dangerous, repetitive or boring work that people don’t like to do. My inspiration behind this idea were the ‘mama’ medical interns in India who have often complained about their boring work like filling up pathology or radiology requisitions in the OPD, holding the limbs of patients in the Orthopedic OTs during surgeries and other day to day mundane jobs.”

Healthcare experts and medical pundits have claimed that the Terminator like robot would have “profound implications for the healthcare sector”and address the labour shortage in medical colleges.

Unconfirmed sources have meanwhile claimed that the Surgeon’s Association of India have written to Musk to design the Bot’s fingers for doing ‘nausea inducing’ procedures like manual evacuation of faeces and Ryle’s tube insertion among others.