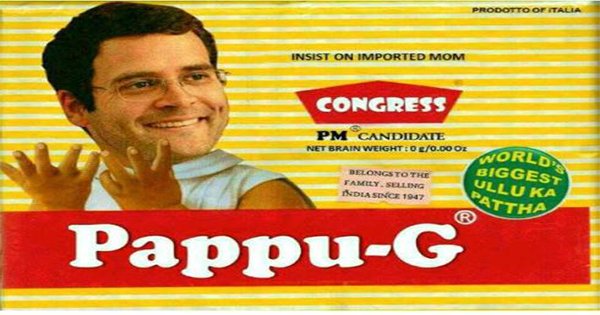 New Delhi: Hours after the Army chief’s announcement of surgical strikes across LoC, Congress President Rahul Gandhi took the Congress party to a new low of embarrassment by demanding action against the striking surgeons.

In his 1st public appearance after the recent fiasco seen during the ‘Khat (Cot) Panchayat’ in Deoria district of Eastern UP when farmers scrambled away with the ‘khatiyas’ and Congress was ‘cot red faced’, Rahul said, “Surgery resident doctors have always complained that seniors do not give them enough cutting. I always knew that they meant ‘cutting chai’ and the Congress party under my leadership opened tea shops in all medical colleges across the country. Modiji se main agrah karta hun ki aise ehsaan faramosh hadtali surgeons ki ‘khatiya khadi kar deni’ chahiye”.

With his anti doctor statement going viral, Twitter co founder Jack Dorsey has announced the temporary suspension of Rahul’s twitter account @iampappu on grounds that their servers are already overburdened with Donald Trump’s idiotic tweets and might crash completely with similar retweets of Rahul Gandhi’s statements.

Apart from hailing Indian Prime Minister Modiji as a ‘real son of a gun’, unconfirmed reports in media have also claimed that the happiness quotient of Indian boyfriends has jumped by 5 % with Fawad Khan’s return to Pakistan.

Note: We are proud of our armed forces and the rightful action taken by the government. Gone are the days when our Ministers knew to only do ‘Kadi Ninda’, time to teach Pakistan a lesson.