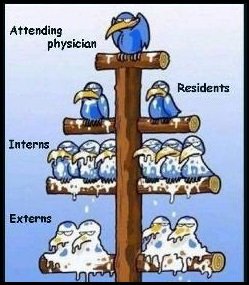 Mumbai: In a surprising incident at LTMGH, an angry, frustrated, sex starved intern Sagar Chandekar blasted the gynecology houseman after receiving a earful himself from the radiologist for shifting a pregnant patient with lower abdominal pain to Ultrasonography (to rule out ectopic pregnancy) with an empty urinary bladder.

Our sources confirmed that the hard working ace phlebotomist Dr.Sagar struggled hard to arrange the USG after 1st having to drag the patient on a wheelchair himself to the radiology department (due to the perennial running away of the lazy ward boys, a.k.a MAMAS at night time) only to find the USG door locked which angered him even more. He then had to leave the moaning patient and run to the Resident quarters to call the sleepy radiologist on call. (He wished she had let him inside instead of talking through the window sensing risk from the well known Casanova.)

Our ‘Gupt Sutra’, the intern on duty in Surgery Department (identity withheld) reported that Sagar was apparently scolded harshly by the radiologist with the discovery of the patient’s empty urinary bladder and was asked to return only when patient felt like peeing. He was then seen storming out of the USG room to baby cry & complain to the gynecology registrar.

In an exclusive interview to The Quackdoc, Sagar explained,“I was really working hard in the gynecology department as it is a specialty of my liking. Unlike others, never did I once complain about having to put a Foley’s catheter before the many caesarian sections in the day. I punctually got the dabbas (Tiffin boxes), Xeroxes, cakes and other items which my registrars & associate professor asked me to pick up. Angered by the incident, I warned the registrar that I would stop being their pet if such incidents happen again after which she too joined me in my fight against corruption.”

Angry interns were seen shouting slogans early next morning against patients for not filling their urinary bladders before coming for USG & refused to resume work till the culprit patient, the radiologist & the houseman (who did not give appropriate instructions) apologized to the Rockstar intern.

An enquiry has now been ordered by the hospital Dean Sangam to look into the bladder…the matter.