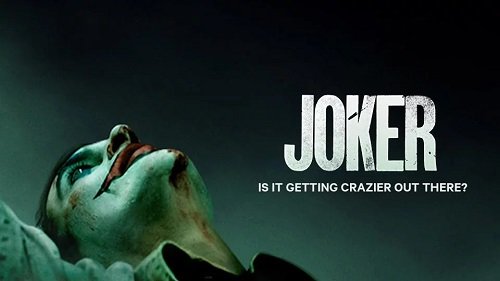 Joker opened to a mix of rave reviews and criticism on 2nd October 2019, amid fears of mass-shootings at theaters in the US. This left law enforcement agencies scrambling to beef up security at movie theaters to prevent any untoward incidents. Quite ironically, Oct 2 is also the 150th birthday of Mahatma Gandhi, the crusader and champion of Non-Violence. Warner Brothers even went out to release a statement that said the movie is ‘not an endorsement of real-world violence.’ It is nothing short of a cinematic magnum opus that depicts the dark and grotesque origins of a psychopathic and homicidal individual. But the depiction of mental illness is quite troubling and inaccurate. At a time when we are struggling to end the stigma and bring awareness about mental illness, this movie is a step backward.

Mental health is often misrepresented in most movies. They depict characters with mental illnesses as violent and destructive. Sadly, Joker also reinforces this stereotype. It is revealed that Arthur Fleck, aka The Joker, was abandoned as a baby and adopted by a lady who has narcissistic personality disorder and delusions of grandiosity. She is an employee of Wayne Corporation. His foster mother allows her boyfriend to abuse him physically and sustains a blow to the head in the process. He develops a condition called Pseudobulbar Affect (PBA) that causes him to laugh or cry uncontrollably at inappropriate situations. He is mocked and even beaten up because of this.

The movie reinforces the general notion in society that mentally ill people deserve to be locked away and isolated from society for the greater good. Arthur claims that he has never felt happy even for a single day in his life. He even admits to his social worker that he felt better when he was locked up in the asylum.

Before murdering Murray, he asks “What do you get when you cross a mentally ill loner with a society that abandons him and treats him like trash?” It is directly implied that the apathy of the society and failure of the healthcare system is responsible for his violent tendencies. He tells his ex-colleagues that he feels happy after he killed his mother and then goes on to stab one of them in the neck with a pair of scissors! He lets the dwarf colleague go simply because he “was the only guy who treated him nicely.” This again shifts the blame onto apathy of the society – You were good to me so I shall let you live. The others mocked, abused and viciously beat me. Thus, I shall murder them all and seek my revenge. The anarchy on the streets amuses as well as delights him! He enjoys his new status as a leader of the anarchists.

It is definitely true that head injuries do increase the risk of developing PBA and mental illness. But there’s a very poor correlation between violent tendencies and mental illness. 1 in 5 adults lives with mental illness. Mentally ill individuals are more likely to indulge in self-harm rather than harming others around them. All in all, the Joker’s psychopathic tendencies are depicted as a direct consequence of the failure of society and government. On a positive note, the movie accurately portrays how society mistreats those who are mentally ill. It tries to convey that lack of empathy towards them can have dangerous consequences. But all this is nullified as the symptoms of his psychiatric condition are merely used as plot devices to justify his violent and macabre actions. 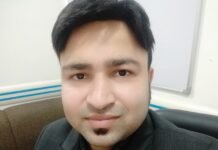 COVID Vaccine – All is Well Jingle.

The Music Of Applause