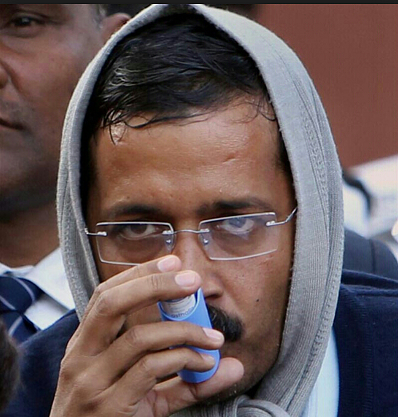 In his second interview with the Quackdoses 3 years after his tongue shortening surgery, Kejriwal said, “Before my surgery, I was scared for my life because Modiji wanted to get me killed with a lethal dose of Propofol. He also wanted to sign the DNR and DNI (Do not Resuscitate & Do not Intubate) consent for me, so I took DAMA (Discharge against medical advice) from the hospital. But before leaving, Lord Ganesha appeared in my dreams and told me that I should not have cleared the bill with tax payer’s money, but could have instead used Facebook Prayers. I then decided that since 1 Facebook like = 1 salute = 1 prayer as widely shared on social media, it should also be made = 1 rupee to pay hospital bills which will be a game changer for the heath care industry in the national capital.”

While the healthcare sector is abuzz with the news, psychologists have claimed that Kejriwal is suffering from chronic hospital psychosis, a disorder in which patients who had been admitted in an intensive care unit (ICU) or a similar setting, experience a cluster of serious psychiatric symptoms. Another conspiracy report has claimed that the chronic altered mental status that Kejriwal is suffering from is because of an overdose of expired Ketamine, an anesthetic agent known to cause dissociative amnesia.

Taking clue from Kejriwal’s vision, male medical students across Delhi have also started posting pictures of themselves on their Facebook timeline with the caption, ‘This boy has been diagnosed with no Girl Friend, 1 like = 1 prayer.’