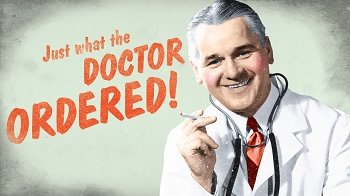 Mumbai: In a surprising incident which has sent shock waves among the medical community, a 60 year old patient admitted in the ICU of a local hospital with an acute exacerbation of COPD (Chronic Obstructive Pulmonary Disease) refused his daily dose of bronchodilators and demanded the same ‘nebulization’ that his admitting consultant was on, with an increased frequency than his current dosing.

It is a well known fact that smoking is one of the leading causes of statistics. ‘Nebulization’ is a secret code for smoking in the medical language, and patients deciphering the same has now made doctors worried. Expecting similar backlash from more patients of COPD, Medical Council of India has already issued directives to doctors to come up with new terminology, or else face 1 more year of rural MO ship after post graduation.

In an exclusive interview with the Quackdoses, patient Bevda Charsi (name changed) said, “My doctor is so shameless and insensitive that in front of COPD patients like me, he ‘teasingly’ tells his junior that he is taking a ‘nebulization’ break, whereas we all know that he is really going out for a ‘sutta’. He counsels us that ‘coffin’ is the result of smoking too much, but does not practice what he preaches. When will the medical fraternity understand that nothing makes a smoker happier than to see an old person smoking, and that smoking has benefits like family planning because it can cause erectile dysfunction?”

“I had also thought about giving up smoking in the past, but decided not to – I’m not a quitter”, Charsi added.

Meanwhile, a virtual war has already started on social media among professionals with many claiming that not only in smoking, some doctors can even beat an Engineer in a drinking competition.