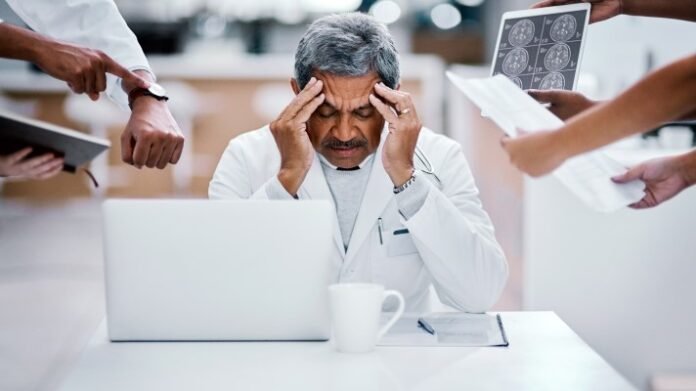 Mumbai: In a first-of-its-kind ground breaking study in India, it has been found by researchers at the Quackdoses Multispeciality Hospital (QMH) that more doctors are now suffering from headaches owing to the increase in the incidence of ‘VIP Syndrome’ among the general population.

‘VIP syndrome’ is described as a cycle of patients expecting doctors and healthcare workers to meet their unrealistic expectations, kiss their ass and also provide special privileges, including 24×7 Whatsapp availability for their chronic non-emergent queries or zero waiting time for the stool pan. Earlier it was commonly seen in arrogant and abusive patients, especially in Emergency Departments, who created difficulty by dazzling or intimidating the care team like certain employers maltreat their domestic helpers, but now many patients feel that they own the hospital immediately after paying the OPD Consultation charges.

In an exclusive interview with us, the CEO of QMH Dr. Kabhi Mat’bann said, “Thanks to an endless parade of health care startups that have turned medical treatments into direct-to-consumer goods, more people than ever before have access to nurses, doctors, and more, available to act on their medical whims. Even we had allowed patients to Vlog their OPD visit and their brain tumor surgeries (guaranteed zero scar & zero blood loss ™) to make their hospital visits more impactful on their Instagram story & other social media feeds, but the other day we had a patient who wanted a Facebook live while undergoing a rectal examination saying that he wanted to show his butt like Ranveer Singh and become famous. How ridiculous can patients get?”

Unconfirmed sources have claimed that Harrison’s Principles of Internal Medicine will include the detailed classification and pathophysiology of the ‘VIP syndrome Headaches’ in its next edition as the 1st chapter.