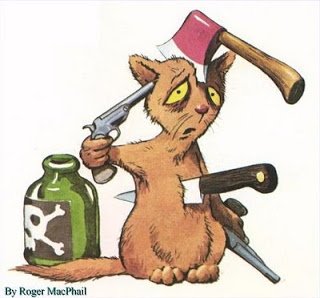 Though I welcomed the new year on a happy note, away from all the worry of the tormenting MBBS studies by watching ‘3 Idiots’, I knew my brother wasn’t having the best day as one of his dentist friend’s body was being flown back to India on new year after he died in a tragic car accident in the US….Back home, I watched news of an air hostess commit suicide by jumping from the 12th floor of a cruise ship…. A sad new year gift both families received !!

But over the last 4 days, there have been incidents which bother me….the ragging episode at KEM, all thanks to ‘3 idiots’ which got 18 other idiots with no hostel room and headlines in the news, an engineering college girl committing suicide for failing in her exams, an 11 year old girl kills herself as her dance classes were discontinued, a 12 year old boy commits suicide in his school toilet yesterday…

What the hell is happening to people? Why has life suddenly become so cheap…why is it that people foolishly, impulsively decide to end their lives…I have no answers…all I can say is they are cowards who leave their family mourning looking at the lifeless bodies…

A few facts straight from my psychiatry book…
– A person commits suicide every 6 minutes in India.
– Method: Organophosphate poisoning > hanging > throwing oneself in front of a train
– Incidence: Males > females , age group 18-30 years

Who is to be blamed? The rat race among all students to come 1st, the ‘andha kanoon’-Indian judiciary, the Indian politics which is just another joke, the parents, the police or may be its us..We are unable to value this gift of life. It is sad to see such things happen day to day in India..The congress tag line says ‘ India shinning’…but I guess India is just going deeper into a black hole and there is no hope…The politicians including the Prime Minister, the puppet President should all come out of their air conditioned homes and dark tinted bullet proof cars to have a look at what life people are living and problems they are facing to stop this menace of the increasing number of suicides in India..

I wrote this because I am deeply disturbed by such news of people including children acting GOD….they have no right to take away the happiness of their loved ones…it’s the worst thing in life for a parent to give a ‘ kandha to the arthi’ of their own child….when will people understand? May be NEVER…. 🙁