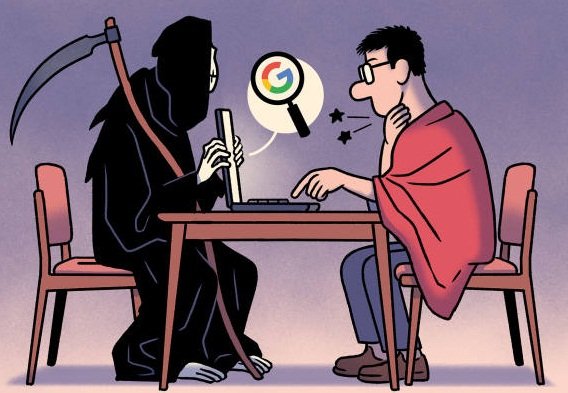 Mumbai: In a major paradigm shift which would revolutionise the current healthcare system, the well known chain of Quackdoses Multispeciality hospitals commissioned today a 500 bedded Self-Help hospital and Research Centre where patient and their relatives would be given an uninterrupted opportunity to diagnose, and treat themselves.

The hospital would only be providing high speed WiFi to it’s clients as part of their health package, apart from high speed touch screen laptops and computers. The deluxe room would be specially equipped with wooden sticks to beat each other with.

In an exclusive interview with the Quackdoses, Dr. Google – the visionary CEO behind this path breaking idea said, “The hospital is another step towards PM Modi’s ‘Atma-nirbhar Bharat’, and ‘Make in India’ campaign. Patients these days visit doctors only after they self diagnose, self treat and prognosticate themselves with 100 % mortality within weeks to months. The treatment protocols would include ‘gharelu nuskhe’ along with treatment by Bengali babas, tantriks, jyotishs, astrologers, palmists and pioneers of mixopathy and crosspathy. World class compounders would also be hired as consultants over the next few years.”

Unconfirmed sources have claimed that the hospital has invited Congress Youth Icon Rahul Gandhi for its inauguration, and for becoming the first inpatient in the paediatric ward to evaluate for developmental delays.