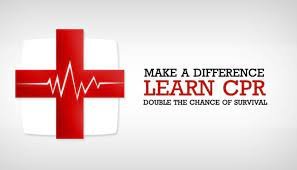 Sudden cardiac death from cardiac arrest is the most common cause of death worldwide. Cardiac arrest is defined as the cessation of cardiac activity as confirmed by the absence of signs of circulation.

Cardiac Arrest occurs suddenly, disrupting the blood flow to the brain and other parts of the body. With a cardiac arrest which is left untreated, irreversible brain damage occurs within 3-8 minutes and death rapidly follows. About 90 percent of people who experience an out-of-hospital cardiac arrest die.

Even in patients who are resuscitated (revived) from cardiac arrest, post-cardiac arrest brain injury is the main cause of death, and the main cause of long-term disability in those who survive the acute phase. This is attributed to the fact that even though the brain constitutes only 2% of body weight, it receives 15–20% of total blood volume pumped by the heart for its normal functioning.

Brain tissue viability strongly depends on consistent supply of oxygen and glucose, and cessation of blood flow to the brain results in an immediate interruption of brain activity, causing a hypoxic brain injury – similar to that of comedian Raju Shrivastava after suffering a heart attack.

A young 37 year old male was brought to Global Hospital Emergency last week with a history of sudden onset of chest pain 30 minutes prior to arrival, followed by unconsciousness. On arrival, the patient was gasping, there was no pulse, spontaneous breathing, or recordable blood pressure with pupils which were non-reactive to light – no signs of life – in cardiac arrest.

The team of experts immediately started cardio-pulmonary resuscitation (CPR), his initial rhythm was a ventricular fibrillation and he was shocked immediately, intubated and all life-saving drugs were given as the medical team frantically tried to revive him.

After a gruesome 22 minutes, his heart started again, he was immediately rushed for an angioplasty as his ECG and bedside 2D Echo were suggestive of a massive heart attack.

Against all odds, this patient walked back home with no neuro-deficit. He was clinically dead for 22 minutes, but miraculously, doctors brought him back to life, a tale nothing short of a medical miracle.

Not everyone is lucky like that patient. Hence, bystander and first responder resuscitation become extremely crucial. CPR effectively keeps blood flowing and provides oxygen to the brain and other vital organs, giving the victim a better chance for a full recovery.

CPR saves lives! Get trained – You have the power to save a life. 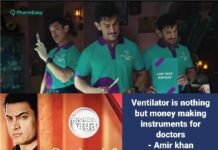