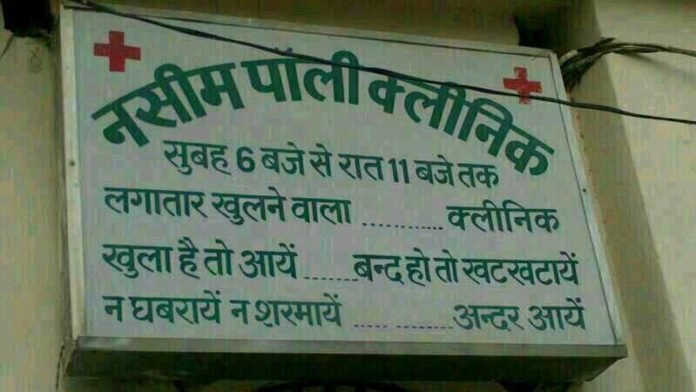 The Compounder’s Association of India are up in arms against the proposal saying it is akin to “giving legal sanction to quackery in the country” and that they should also be allowed to learn the bridge course.

In India, the number of quacks – from hakims with no education at all, to qualified vaidyas with an affinity for prescribing allopathic medicines – has increased. Most compounders are not even graduates or are school dropouts who are employed as ‘helpers’ but often start running their own ‘clinics’ after ‘experience and training’ under MBBS doctors for few years.

In an exclusive interview with The Quackdoses, Dr. Jhola Chaap said, “Compounders are entrepreneurs who have picked up bits and pieces of medicine through informal apprenticeships and built up large practices on their own. It takes years of study and discipline to become a compounder of modern medicine. The new bill will lead to an army of quacks in the country, and we want to be part of that army. Allowing compounders to legally take up integrated practice will not only help in curbing quackery but also ensure that maximum people get timely treatment.”

Meanwhile, Veterinary physicians have now demanded a 3 month online correspondence course instead of the proposed 6 month course to practice allopathy, as exclusively reported by the Quackdoses recently.