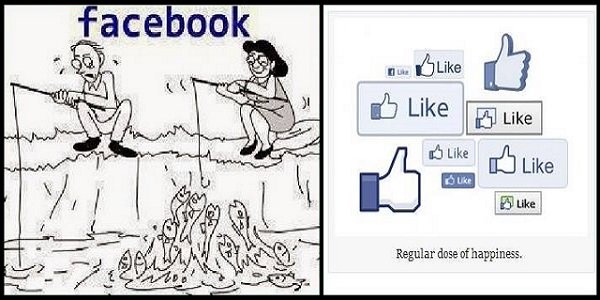 Mumbai: In an astonishing study conducted at The QuackDoses Multispecialty Hospital, it has been found that ‘Not getting 100 likes on Facebook profile picture’ has become the number one cause of depression in male medical students today.

In a double blinded, randomized control study conducted on 1000 depressed, bald, male medical students across the city, it was found that a whopping 56 % of them were suffering from the disorder due to the sparse likes on their Facebook profile picture, their singlehood status coming in second at 31 % and the remaining 13 % due to other causes like failing in PSM exam, parents forcing them to join medicine & now they see no way out, shameful balance in bank accounts till 28-29 years of age, etc. (Maths enthusiastic doctors, please don’t count. I’ve rechecked. Total is 100 %)

It has been often noted that even ordinary looking girls putting any random photos always ends up getting a minimum of 100 likes and comments eventually (50 additional likes for a pout), which has often been joked around as a hot topic on social media and instant messengers like Whatsapp. When a guy puts photographs with similar poses, background or location, they end up frequently checking their notification panel for the evasive likes and comments, are forced to ‘Tag’ friends to get some response or are often bombarded with rude comments.

Our gupt samwadata Arun Swaminathan spoke to Deepak Kumar (name changed to withhold identity), a medical intern who is a regular in the Psychiatry OPD at our hospital.

“A girl puts a photo in a saree and gets more than 200 likes and I post my photo in an Armani Blazer and get only 17 likes? I’ve also tried clicking and uploading photos with babies, kids or puppies but have not even touched 50 likes ever!! Once I put my marriage photo as profile picture and people started passing cheap ‘Bhabhi’ jokes about my wife. Kutte-Saale !! It gets so depressing. Even monkeys with a DSLR camera calling themselves amateur photographers get more likes on their random crappy photos than we medicos get on ours.”

With fear looming large that many depressed, future doctors might attempt suicide by deactivating their Facebook profile, Medical Council of India (MCI) has declared depression among male medical students a ‘National Health Emergency’.