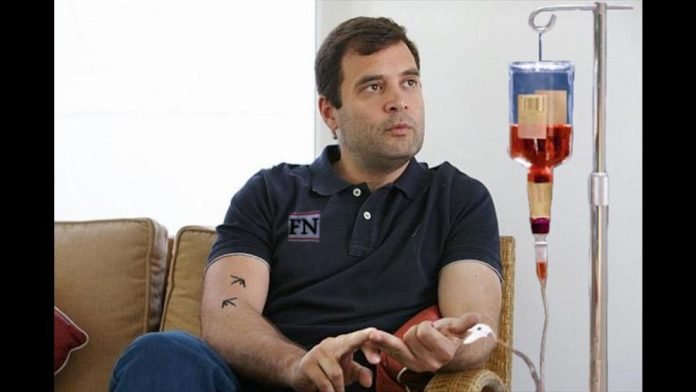 New Delhi: Four weeks after Congress Vice President Rahul Gandhi shared images of himself practicing Aikido with Sensei Paritos Kar to support his claim of having a black belt in the sport, the Congress party has now claimed today that Pappu is also a gold medalist doctor and had completed his MBBS from the prestigious Jholachap Institute of Medical Science (JIMS) in New Delhi.

In an exclusive interview with the Quackdoses, Rahul said, “The ability to crack jokes and talk non sense has only come after years of practice as a medical student where people talk crap during viva exams and give answers totally unrelated to the question asked. I also decided to get married late, similar to my friends in the medical fraternity. Modiji thought that I was a fool, but laughter is best medicine and that is what I have been providing all these years.”

An RTI has revealed that Dr. Rahul was actually doing his rural bond MOship in Rae Bareily after completion of his graduation and used to visit there only during the inspection by the District Health Officer (DHO).

The BJP leadership has ordered a CBI enquiry to ascertain if the money used by the congress party on election is from the 30% cuts and commission Pappu gets from lab and radiology centers for referring patients. They have also accused that such claims were nothing but publicity stunts before the upcoming Gujarat election and that Rahul had only become paranoid after watching Govinda’s ‘Raja Babu’ movie recently.

The public is now waiting for Rahul’s photo-shopped images to be released by the Congress with a stethoscope around his neck.