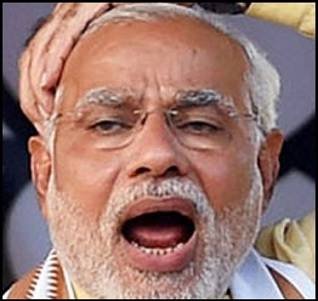 Mumbai: In the wake of growing public unrest due to the crippling economy, and voices growing louder against the Prime Minister’s silence, BJP spokesperson Arnab Goswami (since a BJP minister’s investment in Republic TV) produced a medical certificate stating that PM Modi is suffering from a severe case of laryngitis and has been advised rest till further orders from the RSS.

Laryngitis is known to be caused by inflammation of the larynx and can often result in the temporary loss of voice. It is primarily caused by a strain on the larynx from talking or singing for long periods and is commonly seen in people ranging from performers to actors.

“With evolving comedians and actors like Kejriwal, Rahul Gandhi and Modi, the incidence of laryngitis is increasing in Politicians too,” claimed actor Prakash Raj while commenting that PM was a better actor than him.

In an exclusive interview with the Quackdoses, Dr. Feku, Modi’s personal ENT specialist said, “The PM has for the entire year been monotonously singing about demonitization, bringing black money back, advantages of GST, ending corruption and Adhar card (which will eventually get linked to everything, except election Card) which has strained his vocal chords. Becoming a prime minister itself is a risk factor for laryngitis with ex-Prime Minister Dr. Manmohan Singh suffering from it apart from his mask like face due to Parkinson’s disease for over 10 years when UPA was under power.”