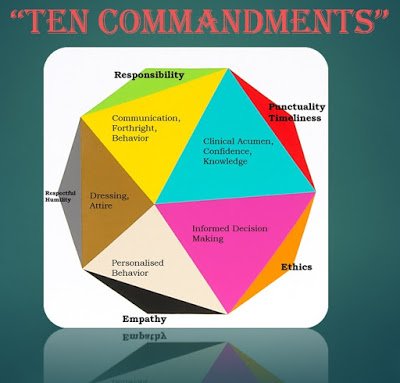 A 36 year old male was brought in a state of cardiac arrest. Me and my team immediately swung into action. We intubated the patient, started CPR, gave all life saving drugs and after 15 minutes of gruesome resuscitation efforts, a return of spontaneous circulation was achieved. The downtime of the patient was almost 20 -25 minutes (including the transfer from private nursing home in ambulance and the resuscitation in our A&E department) and the patient landed up with hypoxic ishaemic encephalopathy.
I was walking into the canteen for my breakfast when the patient’s brother came to see me. He thanked me and just hugged me tightly as he started crying profusely. It was enough for the family that the patient was alive, opening his eyes intermittently and was trying to say his words. He also told me that the patient had a 5 year old daughter, and on seeing her, tears started coming from the corner of the eyes of a father who hadn’t woken up for a long time. Almost 15-20 onlookers were there in the canteen, nobody said a word or blinked an eye as this episode happened. After a prolonged stay of almost 1 month in the ICU, the patient was discharged on a tracheostomy with a peg tube that same day.
What makes me write this post is the lack of empathy in many doctors these days. I do not say that all doctors fall in that category but the way the healthcare industry is evolving, there is a mistrust building up which is spoiling the sacred doctor patient relationship. At the same time, there is no denying the fact that doctors are overburdened with the problems of electronic medical records (where they have no option but to give less time to the patient as they type the notes in the computer system during history taking), they are given targets by corporate hospital of seeing ‘n’ number of patients on a daily basis, the unsaid practice of giving cuts, fear of the increasing number of medico-legal cases, etc. With evolving trends, the noble profession is completely becoming commercial similar to the airline and the hotel industry. So in my opinion, it is not the right direction in which healthcare industry is moving.
During my residency in Kokilaben hospital I gave a presentation highlighting the qualities of a good doctor (the image above). We came up with a general plan and then we took a vote among us.

And from this you can see that it is not the medical management, it is not the treatment that comes as a priority but the right communication, the humility, the empathy and the compassion of doctors towards their patients. What lacks in today’s healthcare industry and what is the expectation of most patients is ‘the human touch’. It is the care and their expectation to be treated as a human first.

I hope to see better days in our profession. I hope doctors work hard to hone these soft skills too and bring this profession back to its glorious days where joining medicine was considered noble and doctors were treated next to God.