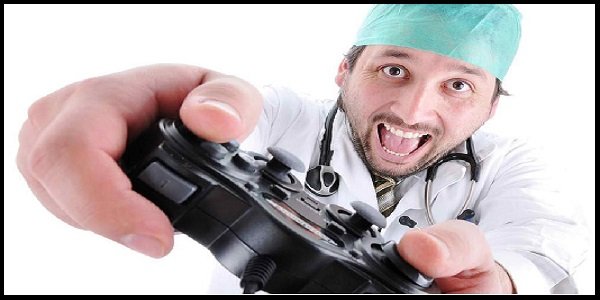 Mumbai: In a study conducted by a Psychiatry resident in LTMMC and published in the British Medical Journal, it was found that medical students who play FIFA in their undergraduate days are smarter than those who don’t. When the brains of the students under study were removed and weighed post MBBS, it was found that they were 20% heavier with increased content of grey matter seen on histology slide.

The QuackDoc caught up with Dr.Psyco The’rapist how FIFA playing MBBS students pass without studying much.” Scoring a goal in a match lights up the orgasm center in the brain, as a result most FIFA players don’t feel the need of a boyfriend/ Girlfriend (Yes girls are now addicted too) and with time, learn to concentrate in the game and in the few hours of study they do.”, said Dr.The’rapist.

Today, on a normal day in the hostel, most undergraduates are found playing FIFA during the preparatory leave given before the upcoming university exams. With LAN and online hubs providing more fierce non medico opponents, FIFA players are at their competitive best. “FIFA teaches us teamwork, keep our cool, it increases our confidence to go for the exam without any worry,” said Master Mickey, well known non certified Computer Engineer who would solve people’s computer woes even on the phone for as low as Rs.10. “FIFA should be made a part of the 3rd year curriculum,” added Master’s arch rival Abhishek.

This study which has been critically acclaimed by the scientists and doctors in the west did not go too well with the Hostel warden who has been pulled up for the hostel’s  high electricity bill. Most FIFA addicts play for 10-12 hours a day, never switching off the PC all day and taking undue advantage of the free electricity. The angry Dean has requested students of the opposite sex( Batch mates/Seniors,Juniors) to woo FIFA addicts so that the college result and reputation is not hampered.

Scientists around the world are now urging patients of Alzheimer’s Disease and attention deficit to start playing FIFA immediately. In a news that has put LTMGH on the world map, Dr.Psycho The’rapist has now been nominated for next years Nobel prize in the field of Medicine.