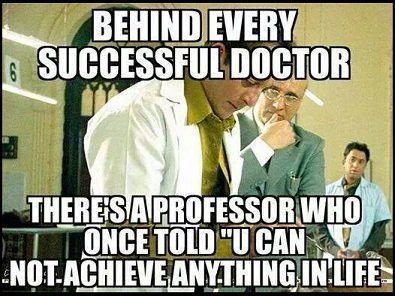 Mumbai: A day after Techies dragged IT companies to court over long working hours and bad leave policies, a frustrated first year Surgery houseman filed a similar case against his Head of Department(HOD), which has taken the medical fraternity by storm.

Apart from his argument that “white collared slavery prevailing in the country in the name of residency” should end, the houseman blamed the HOD for purposely asking him to search for the anesthesiologists 30 minutes before the end of the shifts. He also accused the HOD of insulting him in front of pretty Dermatology/Psychiatry residents when they come for seeing references, asking theory questions in front of patient’s relatives, to make PPTs for which the HOD would take all the credit and many other such heart touching and tear inducing concerns.

Our Samwadata spoke to the houseman Dr. Appendix Chore, “For the past 9 months, the HOD would only make me clean and drape the surgical site or maximum take post operative sutures when the surgery got over, but after my case filing today, he only made me adjust the OT light and count the number of mops used in the surgery with the nurse. He sidelined me from the unit how Modi has sidelined L.K. Advani from BJP. The only people who supported me were the medical interns who too have to take their money back for the Xeroxes, tea and breakfast, etc that the HOD, Professors and Registrars ask them to get.”

Unconfirmed reports stated that impressed by his courage, Chore’s matrimony web profile has been flooded with alliance offers, and that PM Modi plans to soon announce free fellowship in PR & MEF (Manual Evacuation of Feces) for the brave houseman.