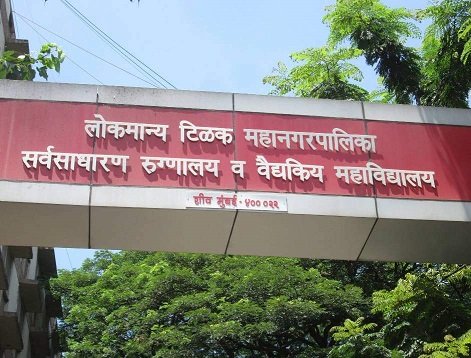 “We, the unwilling, led by the unknowing, are doing the impossible, for the ungrateful. We have done so much, for so long, with so little. We are now expected to do anything, with nothing.” – A Doctor on the frontline.

The insensitive videos being shared on social media from my Alma Mater – Sion Hospital in Mumbai, about dead bodies being kept in the ward area where patients are treated is deeply disturbing. The politics and blame game we are seeing now rubs salt on the injuries of my fraternity – The Doctors & Healthcare Professionals – who are The wounded healers.

I and my fellow colleagues no longer wish to be called a corona ‘warrior’. A warrior is taken care of by his command, but unfortunately, all I see here is threat and intimidation by the government, the media and the people who have been mere silent spectators over the last few weeks.

The writing is clear on the wall, it is time now for us to brace for the worst. Looking at the way the numbers are increasing, every day, and the government being absolutely clueless on how to deal with the situation, only a miracle can save us all now from the impending doom.

Where were all the ‘warrior’ calling people when doctors and healthcare professionals were attacked week after week, year after year? Where were those, when doctors complained of the pathetic living conditions, poor facilities at the government hospitals, long working hours, being mistreated by seniors, etc. Silently going along with your own life, because it did not matter to you? And yes, the attacks on doctors, police and CRPF jawans have continued till date.

Now, when we are all on the back foot, what do the people do? Hail the courage of the very doctors who till now were their punching bags and enemy number 1 for everyone, right?

Fact is, like me, most of my doctor colleagues are also scared. And those who say they’re not, ARE LYING.

1. With poor quality PPEs on the offering and unavailability of proper N95 masks, do you think doctors and nurses would really want to join the combat, unarmed, like a scapegoat? Do you think anyone likes to endanger their own lives and killing themselves, just for money?

2. What responsibility is the government taking of resident doctors who test positive for the coronavirus while being on the frontline? We have all seen images and screenshots of doctors begging to be admitted in hospital after testing positive.

3. Resident doctors are being denied tests for themselves, even if they show symptoms and are forced to continue to work, putting hundreds of others are risk.

4. The government has not even taken care of the basic food requirement of doctors and nurses on COVID duties. They are not being given a decent meal, the food of the corona patients is better than what the doctors and nurses receive.

5. Where are all the hidden AYUSH doctors who were till now claiming to be equivalent to MBBS doctors? We need you to come join us in the screening of patients, collecting their throat swabs, providing emergency and critical care to the positive patients in government and private hospitals. Why have 99 % of you not applied to the job openings issued by the government in various newspapers?

6. It is simply STUPID to read how the AYUSH ministry wants to conduct research on this pandemic when the world population is fighting to survive. Do you really believe ayurvedic, homeopathic or herbal medicines have a cure for this?

The government has also been misguiding people, having their priorities wrong. Jal Shakti Ministry wants ICMR to conduct clinical trials on use of Ganga Water to treat COVID patient, wow…really?

7. Rs. 50 crore is spent in the fly past on a single day to salute the Corona Warriors by showering flower petals? Who gives all these dumb ideas? The money could have been used for providing food to the poor, PPEs to HCWs, transporting migrant workers, etc. The way it was planned, with people standing in a pattern, raising their 1 hand, looked like another scripted marketing gimmick, and copied from the US.

8. How many agree of the decision by the government to open wine shops across the country? We all have seen how social distancing has gone for a toss, and people are standing in 3-4 kilometer long ques to get booze. Give us one good reason why we should risk our lives to save these morons.

9. I am also interested to know how the donations to the tune of Rs. 7000 crores in the PM Cares fund are being spent. Why is the government reluctant for an audit of the donations in it, by now calling it a private fund? It is all civilian money and we have the right to know. Was there really a need for a separate fund when there were hundreds of crores already lying unused in the PM National Relief fund?

10. And to make things work, the government wants to mandatorily, not voluntarily, deduct salaries of the doctors working on the front line towards the PM cares fund.

12. Where is Anjana Om Kashyap? I really want to see you reporting live from a COVID ICU how relatives are not being allowed to meet their patients, and how doctors are not attending to patients. It sure will boost up your TRPs. And do remember to wear the precious PPEs that you and the sold media morons like you are using to report live.

13. No food was or is being provided by the government to the migrant workers? All I see are NGOs and individuals rising to the occasion. The Shramik express trains have been now stopped in many states – the reason, it will be difficult for the economic revival of the state post lockdown, factories will not restart, construction worker will stall, etc. Why did you not act on it earlier, migrant workers walking hundreds and thousands of kilometers to their native place, some even dying on the way, was for everyone to see. And the central government claims that they paid 85 % of the travel cost, and the state government paid 15 %, really? You think we are fools?

14. Medical colleges in South India have hiked post graduation fees by almost double, to cover the cost of the loss due to sparse number of patients. Why? Where do you think students will be able to pay up, with everyone’s source of income coming to a standstill?

15. And to make matters worse, doctors are not being allowed to stay in their own homes, with their own families, as scared society members have given ultimatum to find temporary accommodation near place of work. These are the same people who would call up the doctor in society, even at odd hours, for prescriptions or free medicine samples.

It is high time they realize that they need to focus on education and healthcare 1st in all their future political agendas, and not Hindu Muslim vote bank politics.