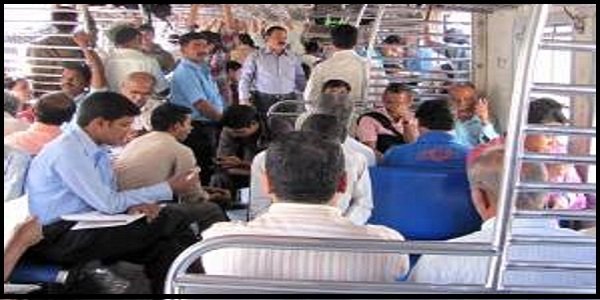 Mumbai– In a jaw dropping, rare corrective surgery which would make even Dr. House piss in his pants, a man from Mumbai, Huge’o Butt got his buttocks remodeled by plastic surgeons to fit on the 4th seat of the local train.

In an interview with our Samwadata Pranshul Kamdar, Butt said, “Getting into a local train during peak office hours is more difficult than taking your wife out for shopping. It was a shame that after standing from Kandivali to Dadar in the 1st Class, all I could manage was the 4th seat, on which half of my butt would float in air making it difficult for me to sleep till Churchgate.”

“I had to sit sideways leaning my sweaty back on the person sitting next to me, irritate him by peeping in his newspaper or fart loudly to make some space. This surgery will really change the way I and my fellow commuters travel”, Mr. Butt added further.

The revolutionary surgery which has perplexed even the learned medical pundits at The QuackDoc Hospital drew sharp criticism from a section of Godmen.

After reading the news, Asaram tweeted from jail that the man should have come to his ashram first to learn some ‘Pelvic Exercises’ from him or his son Narayan Sai which would have saved a lot of money to the patient with even better cosmetic results. Yoga guru Baba Ramdev too offered free Kapalbhanti workshop.

“My next mission is to get into a Virar Fast from Churchgate and try getting down at Borivali to see if my surgery was really a success, after all who would want to kick a cosmetically enhanced ass ?”, said Huge’o Butt, revealing his future course of action.