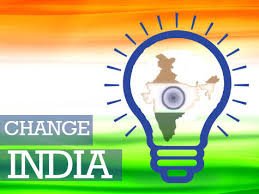 The tragic suicide by a young Gynecology resident at a premier government institute in Mumbai has brought focus on harsh truths of the medical post graduate education system.

Deans and the Head of Departments of EVERY medical college in the country would be lying if they claimed that there was no workplace harassment and exploitation of young resident doctors in their respective medical colleges, and that they were not aware of the same. The truth is that seniors with designation of power are mere mute spectators. Also, the so called ‘Anti Ragging Committee’ exists only on paper and many committee members are themselves part of the team involved in ragging of the juniors in hostels at night.

‘Hierarchical’ exploitation of juniors is the NORM in medical colleges (different from workplace politics in the corporate setup) unless you have a familial ‘jack’ or contacts with the seniors. Threats of not getting enough ‘cutting’ in surgical fields during the 3 year tenure, threats of making sure the doctor doesn’t clear the PG exam, getting ridiculed in front of patients and their relatives, exploited to do personal work of their seniors, not allowed time to even bathe/eat or get adequate sleep for days, working almost 100 hours a week, etc is part and parcel of a post graduate resident doctor’s life, especially in the 1st year of their training – a bitter sad reality of this fraternity which not many will refute.

Apart from things mentioned above, I have personally been privy to few instances during my internship which left an ever lasting impact on me, making me vow to never come back to the government setup. An Ortho 1st year houseman was so sleep deprived and tired that he fell asleep on a stretcher less than a feet away from a patient’s vomitus, while another resident doctor was so frustrated with work that he showed up drunk in the ward wearing only his underwear and loudly cursing his seniors – to be then taken to the EMS and asked to take rest and a much deserved sleep.

But the big question is why hasn’t anyone publicly spoken about it? Why no steps have been taken to curb this menace and malpractice that plagues medical education? Is it creating better doctors or improving senior-junior relationship? What about the mental health of the residents and its long term psychological effects? Till when will the authorities turn a blind eye to such things? What are we really waiting for – another Dr. Payal Tadvi?

It is high time the medical fraternity, state universities and the government address these issues, introspect on this existing system of exploitation and harassment, and take stringent steps to curb this menace. Resident doctors should make support groups among themselves, should gather courage to come out openly and complain against any atrocities by their immediate senior residents, professors, head of units or even head of departments. At the same time, refrain from filling up the same shoes as their seniors once they become senior themselves – just because they had themselves gone through such an ordeal. Such social reform will not happen overnight but will slowly and surely be instrumental to bring about the change.

The American Heart Association rightfully calls the doctors – ‘The wounded healers’ due to the effects of psychological, emotional, physical and mental stress of years of clinical practice, I’m sure the Indian medical post graduate education system does not want is create – ‘wounded and scarred’ doctors of tomorrow right out of residency program.

I would like to end by a quote, “Change will not come if we wait for some other person or some other time. We are the ones we’ve been waiting for. We are the change that we seek.” – Barack Obama