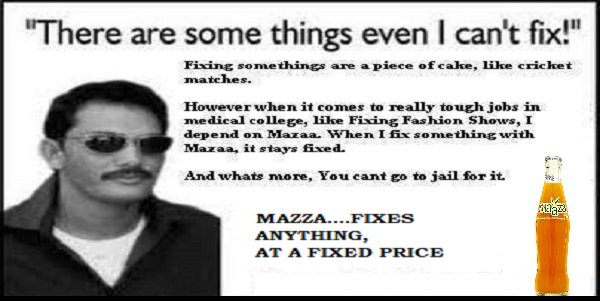 Mumbai: After a sensational claim by Sachin Tendulkar earlier this week that Greg Chappel was an asshole, Rageshwari Sachdev, a small time TV soap actress & a permanent judge of the Ashwamedh Fashion dropped a bomb shell by making similar claims about the LTMMC extravaganza.

When The QuackDoc caught up with her, she explained. “Usually only 2 teams participate each year. One of the home college and the other whom the student council pays to walk the ramp. LTMMC ‘models’ are so pathetic that if the girls tie their hair and wear their specks, they will look like medical students. Boys too are completely expressionless. Still in a trance like state, I always declare LTMMC the winner. I think the smart doctors mix something in the Mazaa cold drink they give me.”

The LTMMC Fashion Show is known to be surrounded in controversy. The biggest dispute was in 2009 when the then Dean Dr. Moneykha Matkar angrily handed over the mic BACK to the anchor to 1st announce, “Now our respected Dean will say a few words”. The same year, an ugly LTMMC female model shook her ass Shakira style and the ‘excited’ Dr.Matkar awarded her the best female model award receiving big boos from the crowd.

Though an official report is now awaited after an unknown mama filed an RTI, the current student council has now been rusticated and barred from giving the upcoming University Exams. The erstwhile student council has too been charged and ordered to pay not 5 but 10 lakhs or face 2 yeas of MOship.