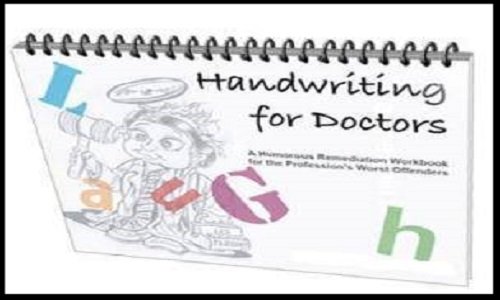 Mumbai:  In spite of  Bihar Chief Minister Jitan Ram Manjhi’s threat last today to cut off the hands of doctors if they don’t work or go on strike, the shameless doctors across the state have once again gone on a flash strike accusing patients of perennially cursing their good handwriting. The decision was taken by the Doctor’s Association following an attack on a colleague Dr.V.I.Agra’wala when his patients died after consuming more than the prescribed amount of Sildenafil.

Hearing about the outrage in heaven through he QuackDoc, Steve Jobs offered to develop a software called  ‘I-Rx’ where standard printed prescription could be written by verbal commands, but protesting doctors disagreed to using technology stating their prescription changes frequently depending on the gifts they get from the medical representatives.

“How can the doctor’s be so heartless? At least the Emergency Departments should be running. I’m getting dark and I’m worried”, said worried Dharavi resident Isratunissa. In view of the strike, many ICU patients were forced to sign the DAMA form (Discharge against medical advice) and packed home. Unconfirmed reports also claimed that few rioting doctors stole the ‘Anatomical Snuff Boxes’ from the pharmacy after scaring the pharmacist with their ‘claw hand’.

Municipal Union of Hospital Services (MUHS) has now decided to make Doctors sit for a handwriting exam from 2015 before issuing graduation degrees to make sure that they can write something readable by the general public and not just by the chemist.