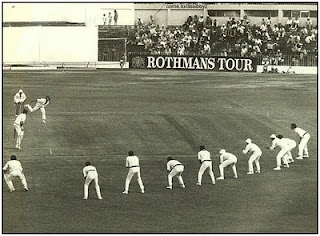 Not long ago in august 2005 i decided to opt for a medical college tour and gave my CET exam to see if life would make me rich and famous like cricketers today . Surprisingly, the checking machine bided a whooping 189 marks for me and sent me to LTMMC to start my training here. Gosh….i didn’t believe it then because i had not paid even a penny to any of the selectors(that’s how the selection process goes on in BCCI these days)
While preparing for my CET fitness test,i was used to taking chikki runs but here i was among people who were constantly hitting boundaries ball after ball. Due to the sudden change in the level of play, i felt as if i was Mr.Sharad Pawar…..what would that poor guy have felt when out of nowhere from being the agriculture minister who had no knowledge about cricket ,he was made the BCCI chief and infact the ICC chief (maximum finance comes from India in world cricket)…still the job would have been the same….ram ram japna paraya maal apnaa…..on the first day of college itself ,we got the glimpse of senior players and the anti ragging committee who would make sure that there was no conflict between senior and junior players…..till date i wonder if they were of any good…
Soon our practice began and instead of practicing cricket, we were practicing running down the staircase to prevent being caught by any senior monkeys and get a taste of racial abuse. We practiced a lot and because of my huge size then like aaloo-apne inzamam bhai in those days ,i came prominently in people’s eyes. Soon there was this air building up that a new junior player has come who has loads of attitude and has to be met with personally. I then started getting lunch and dinner offers at the hotel….sorry hostel and people promised me that in the hostel darshan, I would be taken to each and every khopchas and will meet all the big bully players live in action…only thing was that I would be made the villain and the heroes would beat me up. At that moment I just thought that maybe I should have maintained a low key profile like Romesh Powar, a guy with a big belly and still eats away all the aggression thrown at him.
Things were still not fine between the junior and senior players even after we had become 9 months stale when the board announced that senior players wanted to give a fresher’s party. Soon we received our contract papers which looked like being set by some sexual pervert interested in knowing the sex life of other fellow colleagues. Though 100 contracts were signed, they said that only 6 people will be selected for the a grade contract. Looking at my popularity among the seniors then, I knew that i would be the star of the show. Results came in after a lot of dirty politics and much to my expectation ,i was signed for the maximum amount.
The boxing day came at the canteen square, with its electrifying environment and all the cheering which made me feel that I had waited for this day all my life….. Crazy people cheering and clapping for me . Since the beginning, it was a different game of cricket, different commentary and different strokes. Game started and all personal question bouncers were thrown at me at Shoaib Akhtar’s speed….I was clean bowled of the first ball ,a well delivered yorker, I didn’t know how to play with a glass and socks in the prop round. I was dejected for disappointing the crowd who had come to see me perform well so didn’t care how the game progressed.
The man and woman of the match was yet to be declared ,until then the paper ball bouncers continued. People then wanted we do a ramp walk for them like Bhajji , Dhoni,etc and soon a clearing was made among the crowd. That 3 min ramp walk I’ll remember for the rest of my life because i received the maximum patting and birthday bums that evening itself than I would have got my entire life .out of nowhere i got a punch at the place where all batsman wear a guard ,I had none so i passed out…..then my fans wanted a piece of my jersey ,in a flash it was gone off my body .it made me wonder how well mannered college gays…sorry guys were…I retired after that very first match and enjoyed the dancing and partying which continued.
Yet it was a great learning experience.
Next year, I took up the job of the commentator hosting the fresher’s party myself, though the paper ball bouncers and abuses continued……I still remember how fun it always was.
But now it seems that bad weather has stopped play at LTMMC. It’s been 2 years and junior players have withdrawn from the college tour, the student fund is making losses. The junior senior rapport is getting from bad to worse, the fun seems to be lost now………..i think maybe we need a change now, an IPL like concept where seniors bid for the juniors to get the player of their choice …what say guys ?
One day when the sun would set on our training period, I would look back and smile at the wonderful time spent in the college camp. I will cherish these memories all my life …..but life has to move on and i know deep in my heart that Sachin Tendulkar would be missed…..